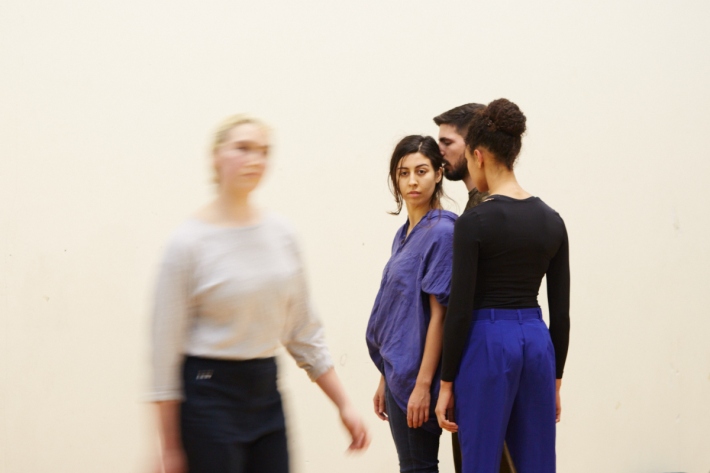 Participants of the performance project showcase their movement research, led by Alexander Carillo.

‘Born in Colombia, Alexander Carrillo is a Berlin based artist. He studied Contemporary Dance at the Academy of Arts of Bogotá (Academia Superior de Artes de Bogota – Colombia). In 2007, Carrillo moved to Europe to pursue his studies in Dance at the Folkwang Hochschule in Essen, Germany and at the “ArtEZ-Hogeschool voor de Kunsten” in Arnhem, Netherlands.

Eager to express himself creatively, Carrillo has been leading his own artistic research. By exploring the concept of “The Ugly” and “The Role of the Audience in Performing Arts” through the creation of “games”, which disrupt the physical and emotional state of participants, along with their critical perspectives. For this purpose, Carrillo has been creating performances and art installations, also collaborating with artists from other disciplines: musicians, actors, painters, and dancers.

Furthermore, as a native of Latin America, Carrillo is also always furthering his knowledge of his culture and roots in order to integrate them in the most authentic way in his body of work. [He focuses on] tradition and native customs in South America, and how they influence contemporary western societies and cultures.’